As it’s National Tree Week from the 27th November until the 5th December and the start of the Christmas season, we couldn’t think of anything better to share than a famous Christmas tree and of course our very own RPS versions.

Every year, the centre of Trafalgar Square is adorned with a Norwegian spruce Christmas tree. The foresters who care for the tree before it is felled, affectionately call it ‘the queen of the forest’. A special tree-felling ceremony is attended each year by the British Ambassador to Norway, the Mayor of Oslo, and the Lord Mayor of Westminster.

Since 1947, the city of Oslo has donated the tree to London. A plaque at the base reads: “This tree is given by the city of Oslo as a token of Norwegian gratitude to the people of London for their assistance during the years 1940-45”.

The tree impressively stands at 25m high and can weigh up to 10te! The trunk is equally mammoth in proportion at up to 1.5m in circumference. It is decorated in the traditional Norwegian style, including strings of white lights. An official lighting ceremony usually takes place on the first Thursday in December in time for everyone to visit the square and see the wonder of the tree.

To help achieve environmental improvements, in 2008 the lights were replaced with low wattage bulbs using considerably less power than their predecessors. The tree remains in place until the Twelfth Night of Christmas, after which it is carefully taken down and recycled into composted chippings. RPS loves that not only are energy saving bulbs used to bring the tree to life, but the tree brings new life after Christmas in the form of recycled chippings.

RPS has built several Christmas trees over the years from pallet boards, from full tress painted green to more stylish and simplistic geometric designs. We’re also excited this year to bring a live tree into the office which we will continue to grow in a pot after all the Christmas decorations have been put into storage for next year.

Here are some photos of the trees we have had over the years. We hope you enjoy them, and you have exciting plans putting up your own trees ready for Christmas. 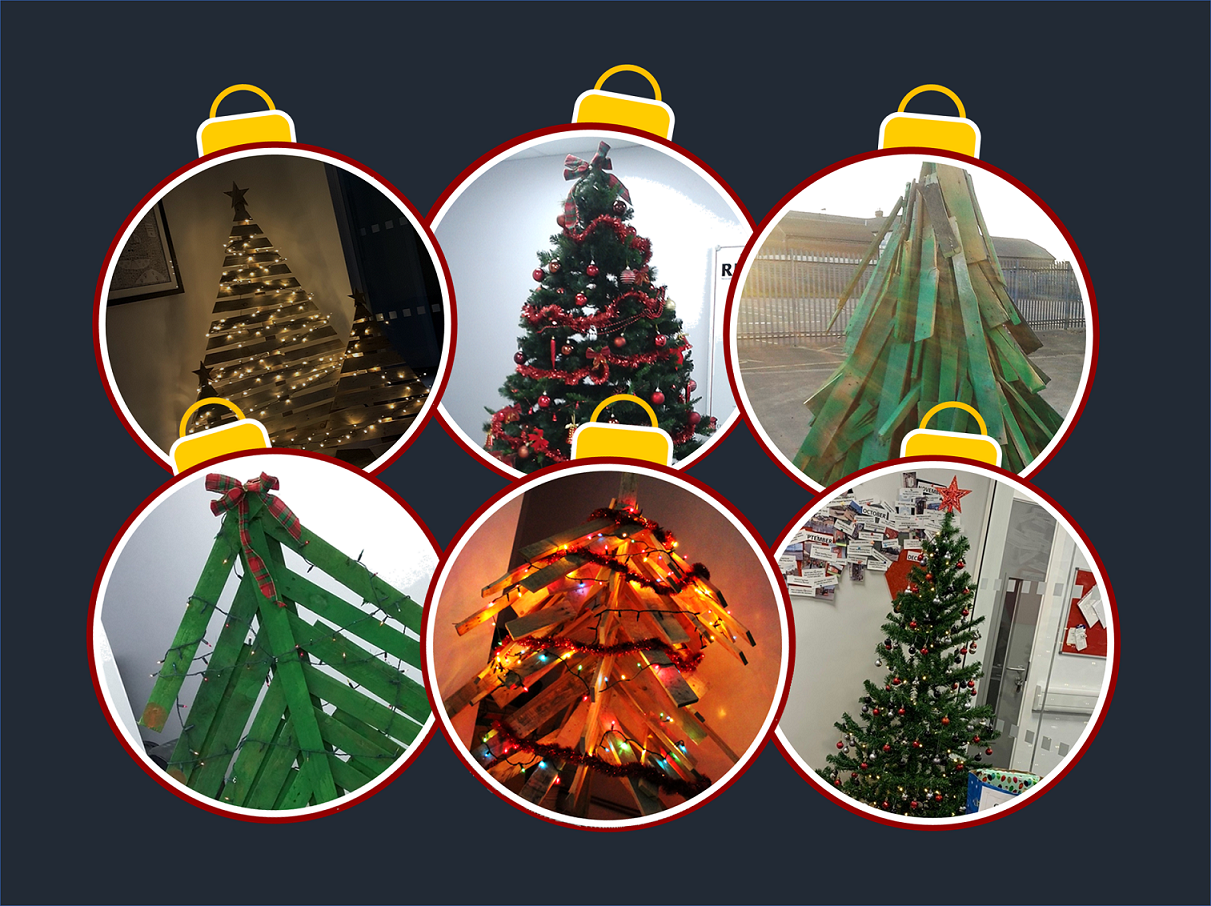 For further advice please do not hesitate to contact Owen Hines on:

Or complete our online enquiry form by clicking below:

Proud to be funded by the EU

Purchase, installation and commissioning of a new shredder